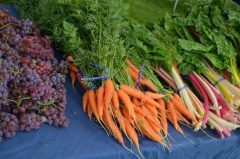 Sarah and Randy Walker were not farmers in the beginning.  In November of 2005 they purchased a farm on the flat fertile plain next to the Siletz River.  Since then, they have not looked back.  Sarah grew up in the inner-city of South St. Louis, and came to the farm under protest. Randy grew up in a family oyster-growing operation, where working on the oyster beds was a way of life as long as he can remember. It was his dream to be a self-sufficient small acreage farmer, much the same way his grandfather farmed in Canby, Oregon, shortly after the turn of the last century. 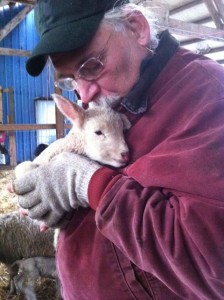 Sarah’s reluctance and Randy’s dream turned very quickly into a huge undertaking. Somewhere along the way a passion for the rural lifestyle took root. The Walkers in some ways are very typical of small farmers today. Randy retired from the OSU Hatfield Marine Science Center in Newport in December of 2010. His salary helped support the farm until it got going.  Sarah worked full time at a Newport lumber company until the economic downturn forced winter layoffs. After a couple of years business had grown enough to justify her transition to a full-time farmer.  The Walker’s feel strongly that sustainability has a social value and that the key to healthy living is a strong and healthy community.